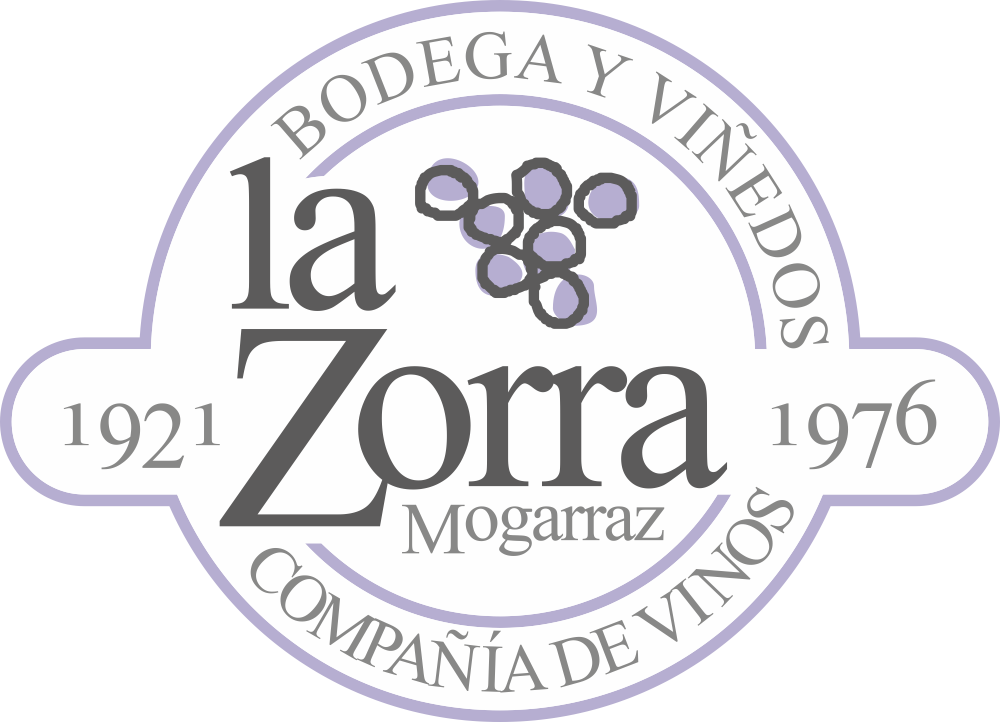 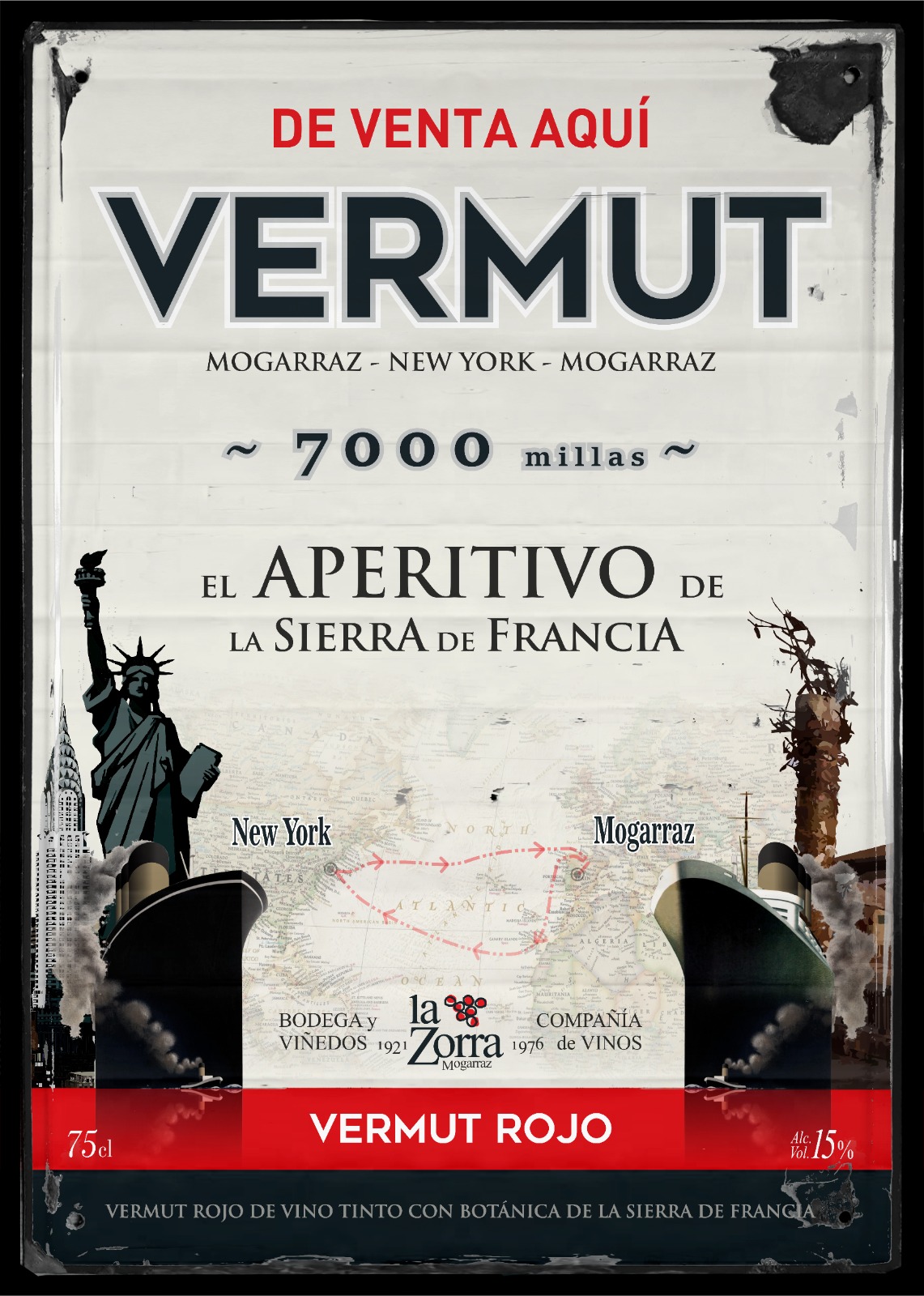 Its name comes from the distance between Mogarraz to New York and back again, the distance its base wine travelled when it went to United States and then returned back home.

In 2014, our American importer requested two varietal wines, one which was Rufete from slate soils, and the other Calabrés (Grenache) both aged for 12 months in Bordeaux barrels and bottled unfiltered. It turns out that the American public, so receptive of our other wines, didn’t understand this new and risky concept. We decided to repatriate our wines, which surprised even our American agents, due to the costly (logistically and economically) operation.

Once home again in our cellar, we uncorked the wine (2,460 bottles of Rufete and 828 of Calabrés) to filter it, with the hopes to rebottle it again. However, after filtering, and noticing the wine’s spicy aroma, we decided to turn it into vermouth. This is how, breaking the first rule of vermouth (it should be made with neutral white or rosé wines), we decided to make the first red wine vermouth with a coupage of barrel-aged Rufete-Grenache, using specific botanicals to turn the 7000 millas into an aromatic vermouth with a ‘Serrana’ soul.

With regards to the botanicals, besides wormwood, which is completely necessary to make any vermouth, 7000 millas is macerated with other bitter substances (horehound and cassia) to give it more power. The core aromas are that of a classic vermouth (cloves, wormwood, cinnamon, cardamom, star anise…). We decided to pronounce ‘Serrano’ aromas in the top notes, where you will find rosemary, thyme and lemon verbena.

To start, we take a hydroalcoholic solution of each of the 19 botanicals to be used in our vermouth. Each botanical in boiling water and, once the mixture has cooled, infused for 24 hours. The infusion is then mixed with an equal proportion of wine alcohol and let to macerate for about a month. When done, we press the botanicals to extract the essence of each one.

We then combine the correct proportions of each of our extracts with our base wine, wine alcohol and an artisanal caramel made from cane sugar. The vermouth is left to rest in a stainless steel vat for considerable time so that the alcohol (which comes from three sources: wine alcohol, base wine and botanical extracts) integrates well and rounds out the vermouth. Once we see that our 7000 millas vermouth is well-rounded and intricate, it is filtered and bottled. 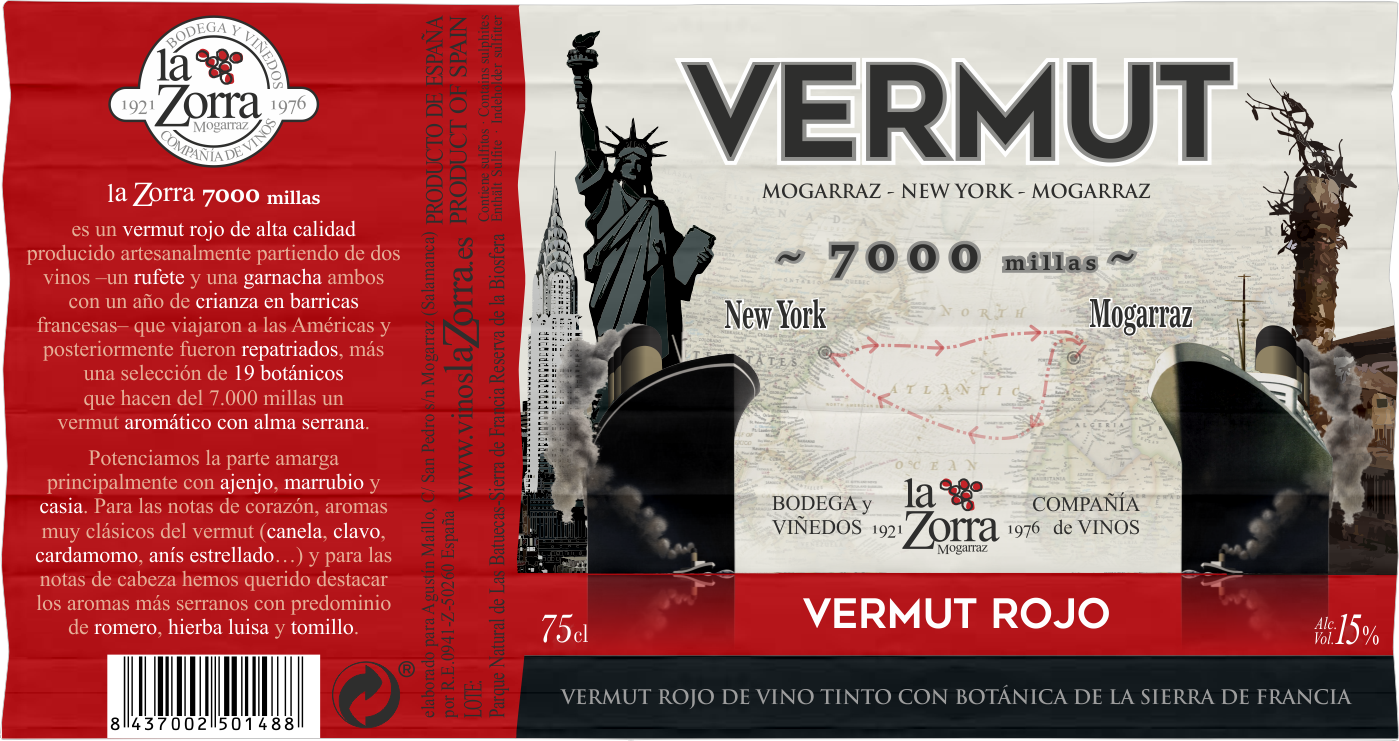 With regards to the botanicals, besides wormwood, which is completely necessary to make any vermouth, 7000 millas is macerated with other bitter substances (horehound and cassia) to give it more "power"

These are the aromas that you experience for the first few moments. They’re the first sensations, the presentation notes, which are usually light and volatile and barely last a few minutes. Here we wanted to promote local ‘Serrano’ aromas, predominantly rosemary, thyme and lemon verbena.

These aromas make up the main fragrance body, define the main essence of the vermouth and make it unique. They become apparent after the top notes fade away until near the end of the glass. Since they are the aromas that remain the longest in our olfactory memory, it’s interesting to point out that they’re the same aromas as that of a classic vermouth: cloves, wormwood, cinnamon, cardamom, star anise…

BOTTOM OR BASE NOTES

These notes make up the perfect completion of our vermouth’s identity. They’re usually wood extract, amber, musk or spices. They attempt to prolong the essence of the vermouth’s aromas, showing up towards the end of the vermouth’s life. This is where our 1 year barrel aged base wines Rufete and Grenach become present. since making vermouth is not easy, when we decided to make our 7000 millas red vermouth at La Zorra, we hired the esteemed collaboration of Martín Jamie, 3rd generation of the prestigious and veteran Jaime family, an expert team of one, and owner of one of the best aroma laboratories, with an enviable library of botanicals who is Martín Jaime?

Martín Jaime is a winemaker by birth, chemical engineer and oenologist, and is well-studied in perfume making. He is the reason 7000 millas is such a creative vermouth which respects tradition, while caring for the technical aspects. with our wine and his experience

with some of our best Rufete and Grenache wines, and the knowledgeable advice of Bodegas Jaime, we created 7000 millas, our red vermouth. ...give us your opinion.